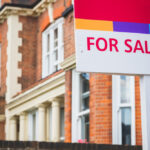 5 things to improve if you want to move

A group of lockdown heroes were treated to a slap-up meal at an award-winning Birmingham restaurant as a big thank you for their hard work during the pandemic.
The winners were nominated for going above and beyond to make life easier for others during the lockdowns.
They were treated to a Bottomless Brunch at Thai restaurant Zen Metro in Cornwall Street, Birmingham city centre, after being selected from dozens of nominees put forward in a competition lanuched by managing director Jaimon George.
Jaimon launched the competition when the restaurant reopened after lockdown as a way of saying thank you to those who had worked so hard during the pandemic.
He said: “It was an honour to welcome these guests who have all worked incredibly hard during the pandemic to help others. It was so difficult to select the ten winners from all the nominations, everyone who was nominated had made so many sacrifices and put so much effort into helping other people.
“It was such a horrendous time for so many, but there were a whole army of people working hard to make life that little bit easier for others. I just wanted to do something to say thank you to a few of them.”
Zen Metro recently launched the Bottomless Brunch and Bottomless Dinner, with wine, Prosecco, cocktails or gin, available Monday to Friday lunchtimes and Sunday to Thursday evenings, and he said it was the perfect treat for the heroes.
Among those enjoying the brunch was Helen Mason who runs the Halesowen-based Freewheelin’ inclusive dance classes.
During lockdown she moved all her classes onto Zoom, offering a much-needed lifeline for many who may have been left isolated.
“I just wanted to keep people connected and keep them active during lockdown,” she said. “It was a big surprise to be nominated, I was so shocked. But it was so thoughtful and lovely to have my name put forward.”
Ashmy Jacob, a nurse at the Queen Elizabeth Hospital in Birmingham was also nominated after moving away from her family and into a hotel to keep her loved ones and patients safe.
She was also shocked to be nominated. “I thought it was a joke at first,” she said. “But it’s so nice to be here.”
Janet Parks, a social work assistant who works with vulnerable children across Birmingham up to the age of 18, said: “It is so nice to have been nominated, although I still don’t know why!”
Janet often raises money and collects equipment and items to help make life a little easier for those she looks after. She completed many charity applications during lockdown and secured money for several families to help make their homes more comfortable. She also delivered food parcels.
Sonia Southi, a healthcare assistant at a care home in Bromsgrove, was nominated by daughter Terena.
Terena said her mum never took any time off work during the pandemic and was often working 12-hour night shifts and 60-hour weeks and still looking after her family in between.
“We are all so proud of her,” said Terena.
Sonia said she liked to sit and talk with the residents she cared for and thought of them as family. “It feels amazing to have won this, I was just doing my job,” she said.
Karen Williams OBE, CEO and founder of the Buddy Bag Foundation, a charity which helps children fleeing domestic violence, was also nominated.
She worked hard during lockdown to make sure she could still supply children with Buddy Bags – backpacks filled with home comforts to make the sudden move into emergency accommodation a little easier. Her work was even more important as domestic violence case surged during lockdown.
She also helped to organise housing for Birmingham’s homeless people in B&Bs.
“We don’t do what we do for the accolades, we just want to help children and families who are stuck in the nightmare of domestic violence,” she said.
“But it was great to be nominated and to win this wonderful prize at Zen Metro.”
Zen Metro was recently named as one of the best restaurants to eat in Birmingham city centre by the Birmingham Mail.
Recent Posts
Archives
Categories
Powered by WordPress | WP Magazine by WP Mag Plus