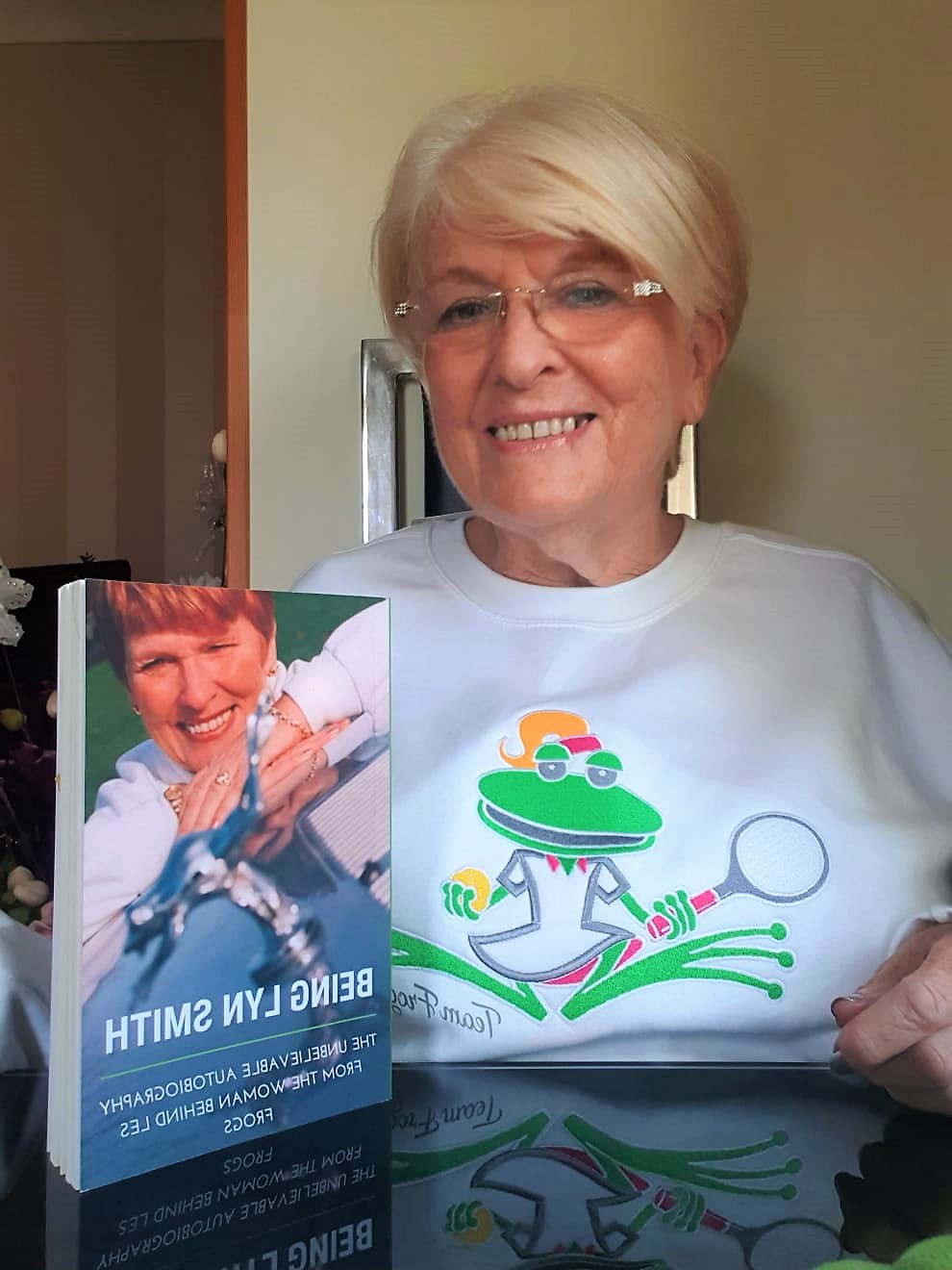 AN ENTREPRENEUR whose clothing range was worn by celebrities including Princess Diana and Sir Alex Ferguson plans to “set the record straight” in her autobiography.

And Lyn Smith, from Llanrhos, near Llandudno, has launched a new business to close the chapter on the most difficult period in her life.

Plans are in progress and a rebranded selection of sports and leisurewear will soon be available online, in partnership with a manufacturer she worked with for many years previously.

Lyn built up the Les Frogs brand over several decades, securing contracts with national retailers before her world came tumbling down in 2011.

Accused and jailed for fraud on a civil matter, she was released soon after and vowed to clear her name.

Lyn – known as ‘Froggy’ to friends and family – does just that in the bestseller Being Lyn Smith, which has already sold hundreds of copies and received five-star reviews from readers.

She is now focused on a fresh start, enjoying life with family and friends, and looking forward to seeing the frog-inspired brand leap back to life.

“I want Team Frogs to be my legacy, not the negativity of past years,” said Lyn.

“I plan to work alongside another business or manufacturer who can eventually run with the business and take it forward into the future.”

The Les Frogs brand was going from strength to strength up until “disaster struck” and she hopes to recapture her passion for business and entrepreneurship in her later years.

“I wrote the book over several years and it was put on the back burner because looking after elderly relations took priority for some time,” said Lyn.

“I finally completed it with the help of Antonia Brindle – owner of Get Brindled agency – who helped edit and publish the book through Amazon.

“Hopefully by doing this I have put the record straight as well as thanking those who have supported me throughout.”

She added: “The response has been incredible, and people are totally shocked by what happened. I will leave them to read more about it in the book, but the general feeling has been a mixture of outrage and surprise at what I’ve been through.

“That said, I’m a positive person and have had so many brilliant times in my life, I’ve been lucky and don’t dwell on the past.

“Launching Team Frogs is just the next part of the story, but it’s an exciting one. I already have a network of people in place, including a distributor, and there is a new logo, revamped frog characters and products.

“I feel better for writing the book and have learnt so much about myself in the last nine years.

“At the end of the day life is very short and this was my chance to move on and write a new chapter for myself – I hope people enjoy it.”

The new Team Frogs website will be launched shortly at www.teamfrogs.com